APCE is the most representative institution of developer housing sector and an essential referent for Catalan businessmen. “Asociación de Promotores de Barcelona” was found the 2nd of February in 1968. Nowadays we have more than 500 real estate business groups associated that stands for more than 1000 companies.

Throughout almost a half century of existence we have been true to our principles since our set up: independence from interests of public powers, non-profit and aimed to watch over the interest of our associated companies. Clearly, we have been making progress those social, legislative and economic changes of these decades at the same time the country has done. That it‘s why we have a solid organizational, efficient and modern structure.

This is the reason that in 2016 we take a step forward and leave our provincial field of action to establish as “Asociación de Promotores de Cataluña”, expanding our territorial action and functional over the Catalan territory.

In practice, this modification means the provincial developer association, without losing their territorial character, belongs to “Asociación de Promotores de Cataluña” which falls the entire sectorial representative in front of administration, organization and institutions autonomous.

This transformation has to be useful for go on making progress with better tools towards a new social reality in a more inclusive way. Mixing our function as consultant of and sensible exposition of our knowledge directed to help our companies achieve better conditions, possibly contributing to strengthen a sustainable economical activity referred to construction and dwelling, at the same time that professional qualities are improved.

The Governance Structure of “Associació de Promotors i Constructors d’Edificis de Catalunya” which are not remunerated are :

In compliance with transparency regulatory framework, Asociación de Promotores de Cataluña (APCE) is enrolled in the interested groups of Generalitat Administration Registry and their public sector, with an identifying number 1034, in the Category II: Businesses sector and associative base, subcategory: Professional associations, business and union, and in the interested groups of Catalonia Parliament with an identifying number 17387.

Aula Inmobiliaria
It is a program of continuous training that is developing annually via courses, seminars and workshops about topics related to urban planning, tax laws, labour market, financial, etc.

Ediseguros Mediación
A Broker Company of insurances specialized in housing construction and restoration offering the best conditions in market without forgetting other segments.

Habitatge i Futur
It is an annual program with a double character. On one hand, it is a quarterly supplement inserted in the newspaper “La Vanguardia”; and on the other hand, is a cycle of conferences and technical workdays with housing as a central concept.

APCE.Habitatge
A professional sector magazine that has a custom quarterly distribution where broach issues related to the sector dynamism and make the activity carry out by the Association public.

See on the map 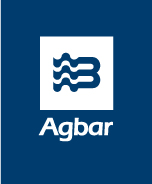